You are here: Home » What ASHS Offer » Timber » Oak 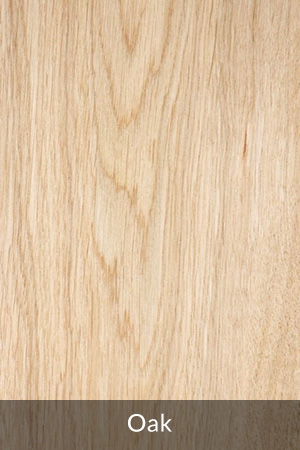 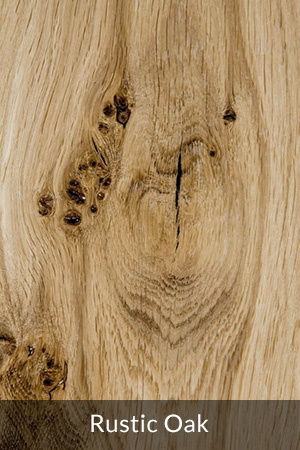 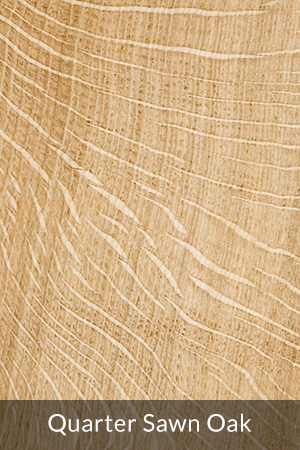 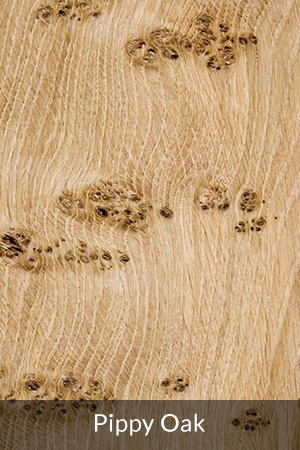 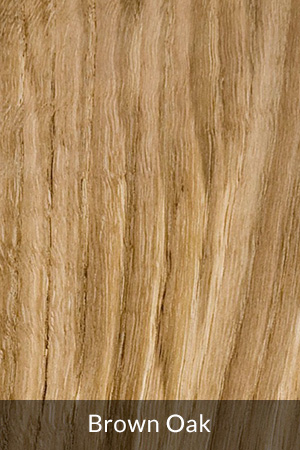 Uses  Oak is used for all types of structural work - in beams & lintels, oak frame construction, windows, doors, and floors. It's also used in heavy engineering and in boat building: for example, it's cut as blocks for docks, props for pits, paddles for water wheels, and lock-gates. Good quality oak is widely used for furniture, interior joinery, carving and turning. Quarter sawn oak was traditionally used for panelling, because of its beautiful figure and stability.
Scottish Oak  Scottish oak is not generally available from larger timber suppliers, but is supplied by most ASHS members. Green oak is widely available and normally cut to order. Stocks of air dried and kiln dried oak are also widely available but more variable. If you want to use kilned Scottish oak on a grand scale, it's best to contact your local supplier as soon as possible.

Scottish oak generally has a wilder and more characterful grain than European oak, with more pippiness and occasional burr. It can be difficult to get very long straight lengths. Scottish oak was used to make windows and doors in the Glencoe Visitor Centre.

Grain  Oak is normally straight grained, although this varies according to growing conditions. (Generally, forest grown oak will be straight grained, but in oak grown in isolation or in small or sparsely populated woods (which often applies to Scottish oak), the direction of the grain may be less predictable. If you need oak for structural purposes, the direction of the grain is important.)
Density  At 12% moisture Scottish oak weighs around 720 kilograms per cubic metre, which is slightly heavier than European oak. Note that there are significant variations in density from one log to another and from one part of the tree to another.
Oak Floor at Glencoe Visitor Centre, NorbuildStrength: Slightly lower than European beech, with medium bending and crushing strength and low stiffness and shock resistance.
Structure  Oak, like Ash, has a ring porous structure with large early wood vessels and consequently, its growth rings are clearly visible. Parenchyma occur in fine lines between the rays, which are of two sizes. The large medullary rays give quarter sawn oak its beautiful markings. The heartwood is distinct from the sapwood.
Durability  Heartwood of oak is durable and suitable for exterior use without preservative treatment. Dries slowly with a tendency to split and check - risk of honeycombing if drying is forced.
Colour & Figure  Oak varies a little in colour depending on growing conditions, but is generally described as light tan or biscuit coloured (think of the colour beige and you'll be fairly close). Scottish oak is often slightly darker than either French or German oak. One characteristic feature of oak are its broad rays, which appear to best effect on quarter sawn planks. On most oak planks, however, the figure (the appearance of the wood) is due to the patterns formed by contrasting early and late growth and the features (thin, pale lines) in the wood are not rays, but thinner parenchyma.
Working Properties & Drying  Works well but with moderate to severe blunting on blades; stains and polishes well. Sawing and machining generally satisfactory but a reduced cutting angle may be required on quarter sawn material. Good steam bending. Requires pre-boring for nailing. Glues well and finishes well with oil, wax and other polishes.
Staining and Corrosion  Oak contains tannic acid, which is damp conditions, corrodes metals with an iron content. This corrosion, as well as eating away at the metal, produces an unsightly blue/black stain, that will need to be planed or sanded out. 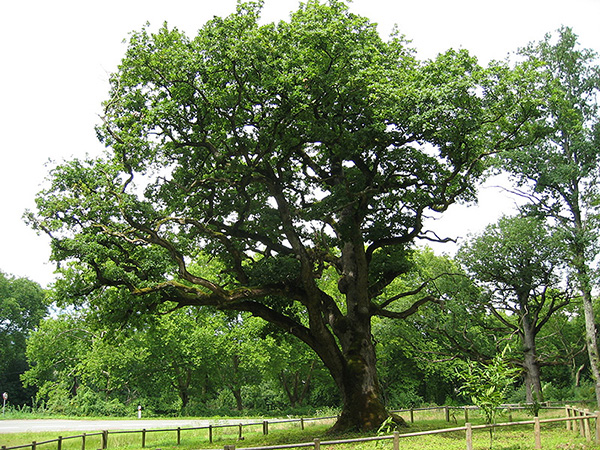 Looks & Leaves  Oak trees grow up to 35 metres tall, depending on growing conditions. They are broad crowned trees, with thick deeply fissured bark and vivid green leaves darkening through the summer. Leaves are simple alternate, with 3-5 lobes on either side, and early falling stipules. Separate male and female flowers are borne on tree; the former in slender drooping catkins, the latter singly or in spikes. Flowers are small inconspicuous and wind pollinated. Seeds are the familiar acorn.
Habitat  Oak is widespread in Scotland in both lowland and upland areas on the west coast from Galloway to Sutherland Grows best on damp heavy clays, but will also grow on sandy soils as it's deeply rooting and tolerant of drought.
Ecological Value  One of Britain's most hospitable trees, with more than 250 associated insect species. Attracts squirrels, bats, wood mice, butterflies, beetles and a hugh variety of birds: warblers, tits, flycatchers, thrushes, woodpeckers and tawny owls.