You are here: Home » What ASHS Offer » Timber » Elm 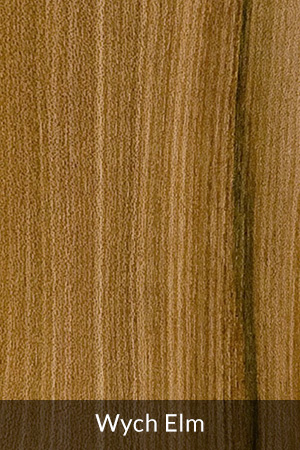 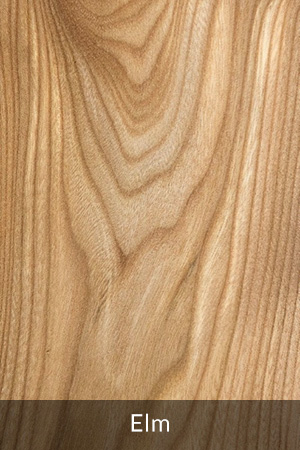 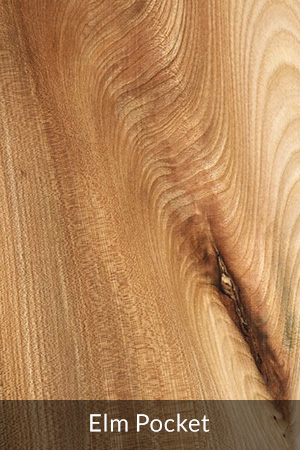 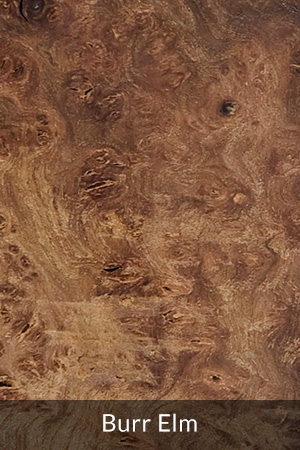 Uses  Most commonly used in furniture making (particularly so for burr elm), but can also be used for interior joinery and for cladding. Elm is very popular with people who like a natural, wild figure in their wood. It's also used widely for turnery and small decorative articles. Elm was once used for coffins and for boat building - although only for those parts of the vessel that would be wholly submerged as it's durable if kept completely wet.
Scottish Elm  Scottish elm is more widely available that elm in many other parts of the country due to the effects of Dutch elm disease. Scottish elm tends to have a wilder figure and grain than that grown south of the border.

Grain  Elm tends to be cross grained, but wych elm is generally straighter grained than English or Dutch.

Density  Around 670 kg per cubic meter at 12 per cent moisture content (compared with 550 kg/m3 for English and Dutch elm).
Structure  Elm has a ring porous structure with distinct growth rings demarcated by a pore ring of early wood vessels. Late wood vessels are small and indistinguisheable. Rays are fine and parenchyma indistinct.
Strength  Not a particularly strong timber, although wych elm (most common in Scotland) has higher strength that other species. Wych elm has medium bending and crushing strength and shock resistance, with low stiffness. English and Dutch elm have low or very low strength on all these measures.
Durability & Drying  Dries rapidly but with a marked tendency to distort. It doesn't tend to split or check, but may collapse.
Colour & Figure  Elm is a colourful timber. The heartwood can be a dull brown of various shades, but elm often has other colours running through it, especially purples and greens. The figure of the timber also varies. The figure of plain elm is dominated by the pattern that arises from contrasting early and late growth, but elm also has patches of irregular grain. Elm often has cats paws and other markings. Burr elm is highly valued for its appearance. Sapwood is distinct from heartwood.
Working Properties  Machines well, unless grain is irregular. Has moderate blunting effect and generally saws satisfactorily. Nails, glues and finishes well. 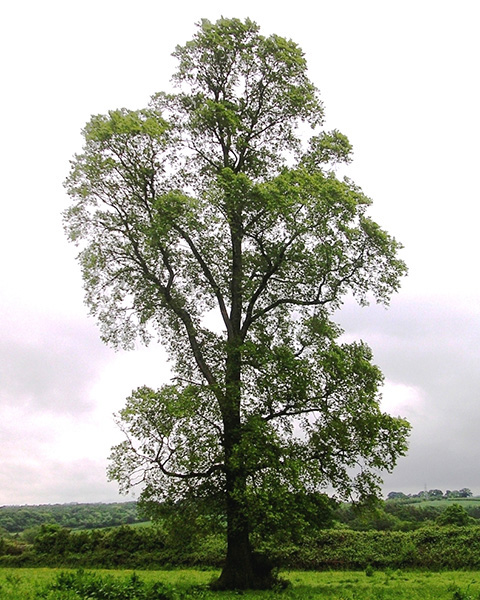 Looks and Leaves  The tree can reach a height of 38-45 metres. The bark of the young trees is very smooth, becoming fissured only after the tree has reached a reasonable age. Branches tend to extend a great distance in trees that grow in isolation, but in woodland trees, the tree will develop a dome crown on a fairly clear bole. The flowers open in February and March, with fruit developing before the leaves emerge. Twigs bear 2 rows of bright green leaves that are quite hairy, broadest just beyond the middle with the tip drawn out. They turn yellow before falling.
Habitat  Common in hillside woods in the Highlands wherever it is shady and damp. Tallest and finest trees grow in sheltered glens in deep moist soils.
Ecological Value  Elm seeds are eaten by many birds. The leaves provide food for the caterpillars of many moths and butterflies. The decline of elms due to Dutch Elm Disease has cause dramatic declines in several dependent species of moths and butterflies. Dead elm trees and deadwood in the crown or on the ground provides habitats for hole-nesting birds and wood-boring insects as well as the birds and mammals that feed on them.